Yes, I am of legal drinking age in my country of residence 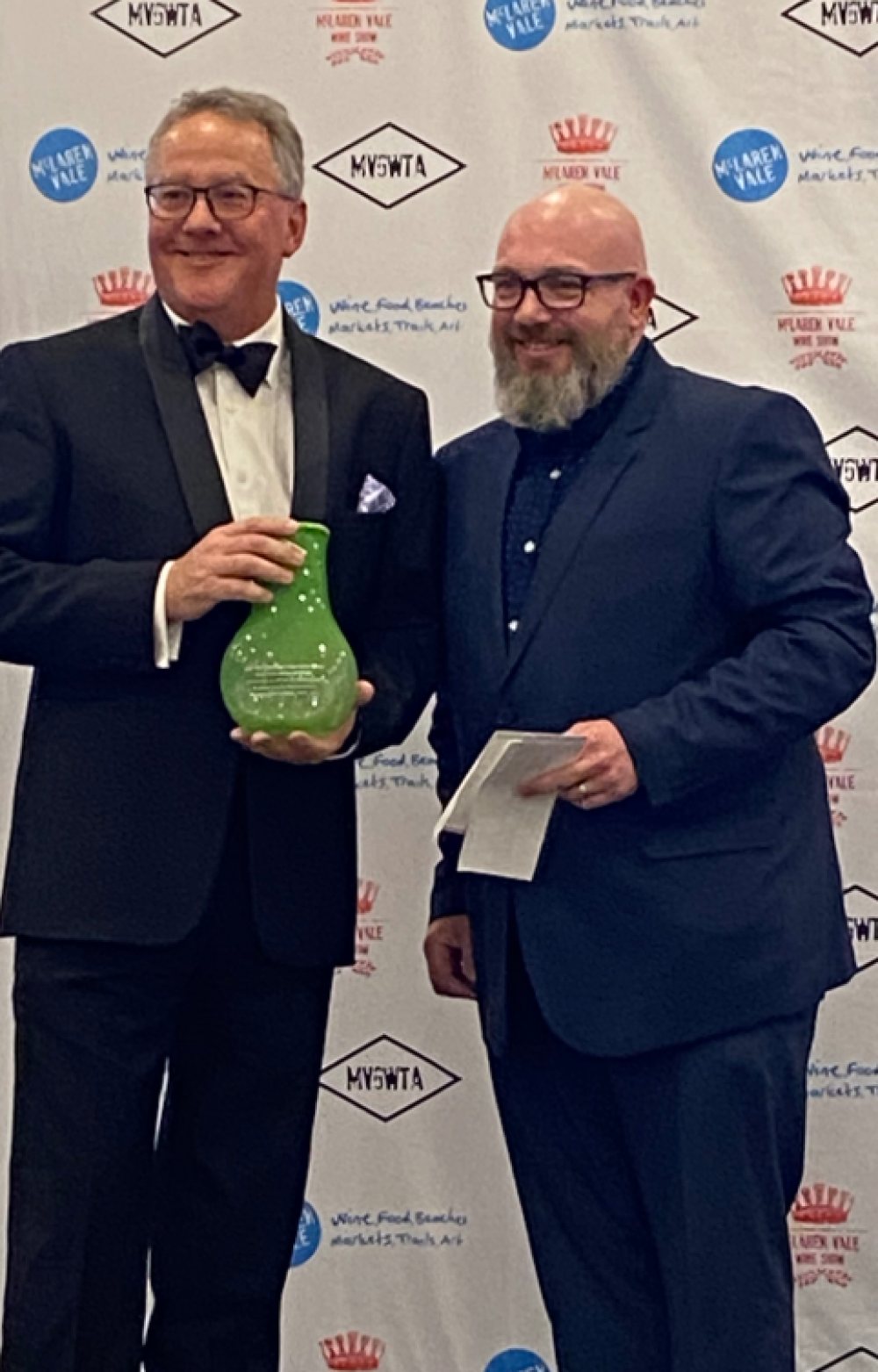 In the year we turn 135 and celebrate10 years since the opening of our stunning cellar door in McLaren Vale our signature McLaren Vale Vale wine, ‘The Medhyk’ Old Vine Shiraz has been awarded the Top Gold and Trophy in the Icon Class of the McLaren Vale Wine Show. The 2018 “The Medhyk” Shiraz also received a Gold Medal in the individual Shiraz class.

The Icon class is a unique blind tasting of three vintages of a single wine with the aim to award a wine that shows pedigree, longevity and expressiveness over many years.

The Medhyk Shiraz wines entered were from the 2012, 2015 and 2018 (to be released in May 2022) vintages with fruit sourced from the family’s own historic Warboys Vineyard, surrounding their McLaren Vale Cellar Door, and two distinguished old vine vineyards in the sub-regions of Blewitt Springs and Willunga.

Angove Chief Winemaker, Tony Ingle (pictured left) commented “The Icon trophy at the McLaren Vale show is one we have coveted for many years, for us, it is right up there in terms of prestige with the Bushing King and Queen award for best wine in show. Every year our knowledge and understanding of the old vine vineyards that grow the grapes for this wine has developed and to receive this trophy is testament to us putting that knowledge to work in creating wines of class and agebility.’

Richard Angove commented “This is such a fantastic win for our entire team, for a 135-year-old, fifth generation, family business we have never felt younger and more invested in making the best wines we possibly can.”

The win comes on the back of the Angove family’s St Agnes Distillery being named Best Distillery at the Tasting Australia Spirit Awards last week.